Are Fresh Cut Flowers Bad for the Environment? 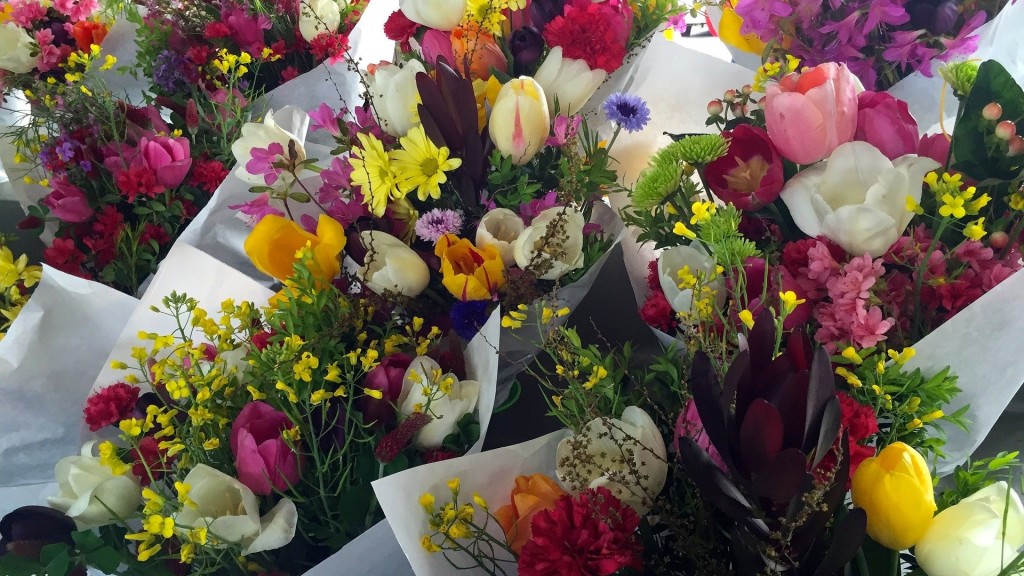 Surprising your loved one, friend or family member with a beautiful bunch of flowers is without doubt a lovely gesture; whether it’s apology flowers, a get well soon bouquet or a romantic red rose. But what impact do fresh cut flowers have on our planet? And should we really still be buying them?

In this post, we get to the root of the environmental impacts of the cut flower industry to find out what effects fresh cut flowers really have on our planet.

Do Fresh Cut Flowers Do More Harm Than Good?

The UK’s fresh cut flower industry is huge. According to the Flowers & Plants Association, the UK fresh cut flower and indoor plant market is worth £2.2 billion at retail level. To put that into context, the UK music industry is worth £2 billion. Each year in the UK, the association predicts that the average person spends around £36 on flowers and plants, with 60% of these purchases being for themselves.

Unfortunately, the vast majority of fresh cut flowers we see in shops today don’t have environmentally friendly backgrounds. As beautiful as they are, the average bunch of flowers is likely to have caused a whole host of damage to our planet before it even gets to the shop.

So what damage can a bunch of flowers really do?

The non-for-profit organisation Flowers From the Farm recently conducted a study to calculate difference in carbon emissions between British-grown fresh cut flowers and those grown abroad and sold in the UK.

The results found that a bouquet containing 15 stems of mixed flowers that were grown and sold in the UK produces 1.71kg of CO2. That’s 95% less carbon emissions than a bouquet consisting of just 11 stems that’s been imported from Kenya and the Netherlands (32.25kg CO2).

These unnecessary emissions contribute to an overabundance of greenhouse gases, causing climate change and leading to global warming.

Although the use of pesticides is restricted and controlled in the UK, this cannot be said for other countries, where the treatment of fresh cut flowers with agrochemicals is unfortunately commonplace. These chemicals, such as pesticides are used to kill fungal and animal pests during the process of growing and transporting the flowers. The chemicals have harmful effects on air quality, drinking water and the lifespan of many species of animals, polluting the planet and acting as a catalyst for climate change.

Are There Any Eco-Friendly Alternatives?

Long story short - yes. Although fresh cut flowers are bad for the environment, there are ways that you can reduce the amount of damage you do to the planet while still buying them from time to time. So how can you do this?

The good news is that people in the UK are choosing to buy more from the British-grown flower industry, with recent reports finding that in 2018 homegrown flowers accounted for 14% of the £865 million worth of all stems sold in the UK. Three years earlier in 2015, British-grown flowers only accounted for 12%, showing a 2% increase. However, we still have a long way to go, with around 90% of fresh cut flowers and ornamental plants still being imported from overseas.

So this Valentines Day, why not consider an alternative to plastic wrapped supermarket flowers? By the looks of things, buying your flowers locally may end up saving costs from your pocket as well as the environment, as the price of imported flowers has been predicted to rise significantly as a result of the UK’s withdrawal from European free trade agreements.

We hope this post has given you some food for thought when it comes to your floral favours!